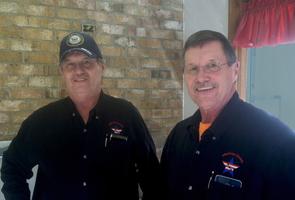 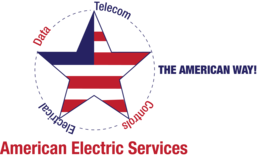 John Elder  is a veteran of the U.S. Navy and received his Basic Electricity/Electronics schooling at the Great Lakes Training Center, in Great Lakes, Illinois. He then completed Advanced Electronics training at the Fleet Sonar School, in Key West, Florida, and served on the USS Glover, (AGDE1), as a Sonar Technician on the first computer logic controlled sonar system in the Navy.

After the Navy, John transitioned from the electronics field to the industrial electrical field, when he went to work at the United Nuclear Churchrock mine, in Gallup, NM, in 1976. He left his supervisory position, in the underground uranium mining industry, three years later.
Ever since his naval service, John has loved to travel and worked in the industrial electrical construction sector, in many states. His knowledge of electronic/electrical theory helped him gain invaluable experience in Electrical Power distribution, as well as PLC automation.  A few of these sites included Proctor & Gamble, Valero Refinery, Fort Howard Paper, and Intel Semiconductors.

John and Mike moved to the mid Atlantic in, 2001, and while working on the new Lehigh Cement plant project, in Union Bridge, MD, decided it was time to get off of the road. We have been proud to call West Virginia home ever since. They both continued work in the area, contributing the construction of the new baggage handling facility at Dulles, the IMAX theatre at the Smithsonian Air and Space Museum, Udvar Hazy Center, and the Southwest Airline expansion at BWI.

After years of being a trusted and conscientious electrician and supervisor, John felt he could offer his services and expertise in  a much better position, if he could make the choices as how to better serve the public. After obtaining his WV Master Electrician license and WV Electrical Contractor license, American Electric Services was born in 2005. Since then, John and Mike have proudly served the Mid Atlantic region, as partners in American Electric Services.

Mike Elder  also served in the U.S. Navy from 1970 to 1974.  Enlisting 3 months after his 17th birthday the journey began as a communication specialist at the U.S. Naval Facility in Argentia, Newfoundland.  As the youngest member to hold Crypto Secret security clearance his duties included encoding/decoding messages from other Facilities from the North Atlantic to the Caribbean and beyond.  He was also a disc jockey for the Armed Forces Radio Network while serving in Argentia.  He went on to serve in the Air Anti-Submarine Squadron VS-24 as Personnelman aboard the aircraft carriers USS Intrepid (CV-11) and USS Saratoga (CV-60) deployed to the Mediterranean and Caribbean with the squadron.

Joining up with brother John in the New Mexico mining camps of the 70's uranium boom Mike entered the field of electricity briefly at Curchrock Mine in Gallup, NM and then moved to Los Angeles to accept a position with an electrical contractor. Mike quickly honed his electrical skills and moved into heavy industrial electricity.  High Voltage systems, motor controls and VFD's for motors up to 10,000 hp, PLC,s for plant control became Mike's forte.  Mike's unique abilities moved him into foreman and General Foreman positions with some of the world's largest contractors of the Oil refining and Paper Mill industries.

Beginning 2001, Mike's bio pretty much mirrors that of brother John at Union Bridge, MD and the founding of American Electric.

"We are entering our 13th year serving community, industry and the mid Atlantic with quality craftmanship and the desire to be the best.  We continue our commitment to successful, on time completion of all projects with emphasis on communication and client satisfaction".